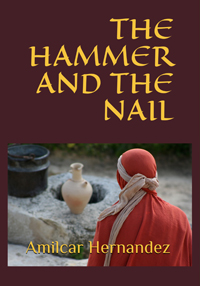 It’s 21 AD., life is harsh under Roman occupation and even harder for a lonely peasant with no family or friends. Despite his miserable life, Oren seeks to better himself. But the harder he tries, the more difficult his life becomes.

But fate shines on him. A Roman Tribune offers him work.

In Jerusalem, he finds the security and stability he dreams of—but discovers it comes with a price. He must decide. If he refuses, it could cost him his life. If he accepts, he will lose his soul.